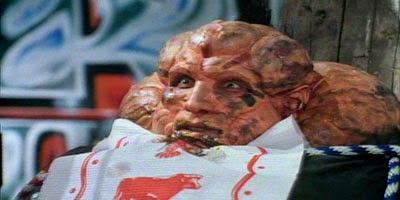 The Square Peg Show promotes Controller Freaks by celebrating* and bashing certain video-game movies and movie-based video games, after discussing with our guest Brandon (returning from season one!) some upcoming flicks. All this, plus a pantheon of kaiju, bad director boxing matches, inexplicable weapon-tossing, and practical four-armed guys.


[*Although not too much celebrating. Ever noticed the best video-game movies are not actually based on real video games? The Last Starfighter, Tron, Wreck-It Ralph... damn, we already need to do a follow-up episode!]

No joke, a few days after we recorded this episode where we mentioned the "myth" of E.T. Atari games in a New Mexico landfill, it turned out to be real. Bizarre. Next up, Roswell...

Stuff we mentioned on the show: the music video; Cracked's "Six Insane Sequels That Almost Ruined Classic Movies," and lists of DC animated movies and their great shorts (a lot of those can be found on YouTube; here are the recent Bruce Timm and Darwyn Cooke ones).

Can't get that Mortal Kombat theme out of your head? Just feel the overwhelming urge to buy it? We'll just leave this here...